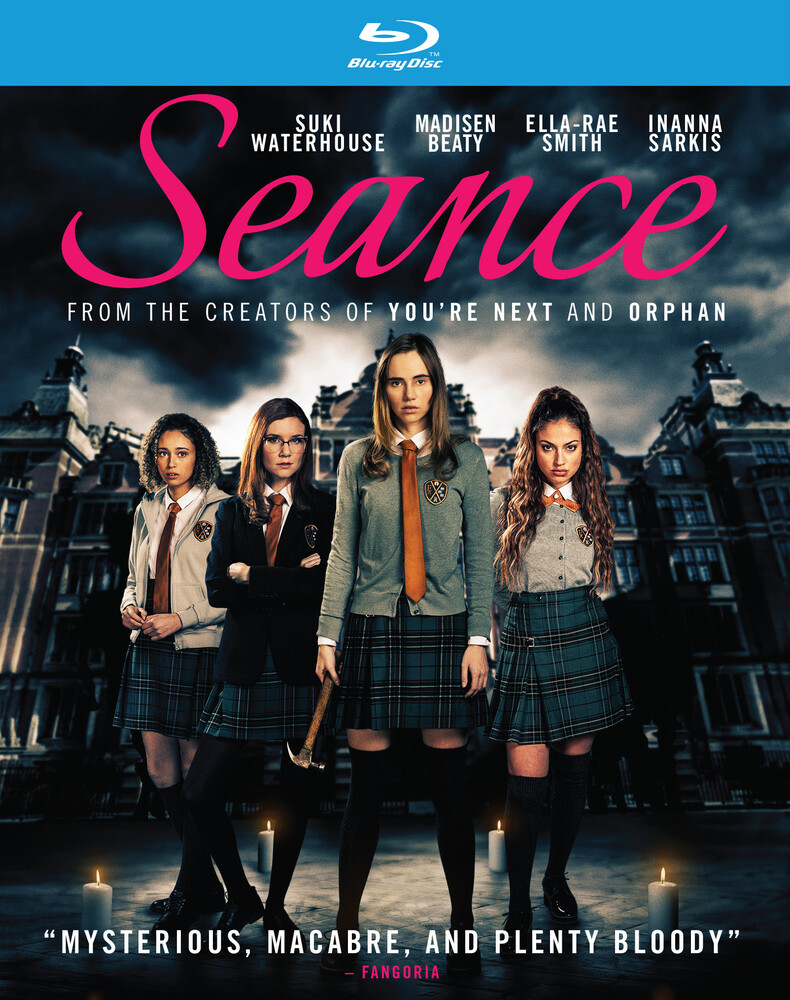 Newly arrived at a prestigious boarding school, Camille Meadows (Suki Waterhouse) wanted to fit in... and she shrugged it off as mild hazing when six classmates had her join a ritual to contact the spirit of a student who'd notoriously died there years ago. However, the following morning found one of the girls dead-and as they began dropping off one by one, Camille would learn it was no mere prank. Inanna Sarkis, Ella-Rae Smith, Madisen Beaty, Seamus Patterson also star. 92 min. Widescreen; Soundtrack: English.