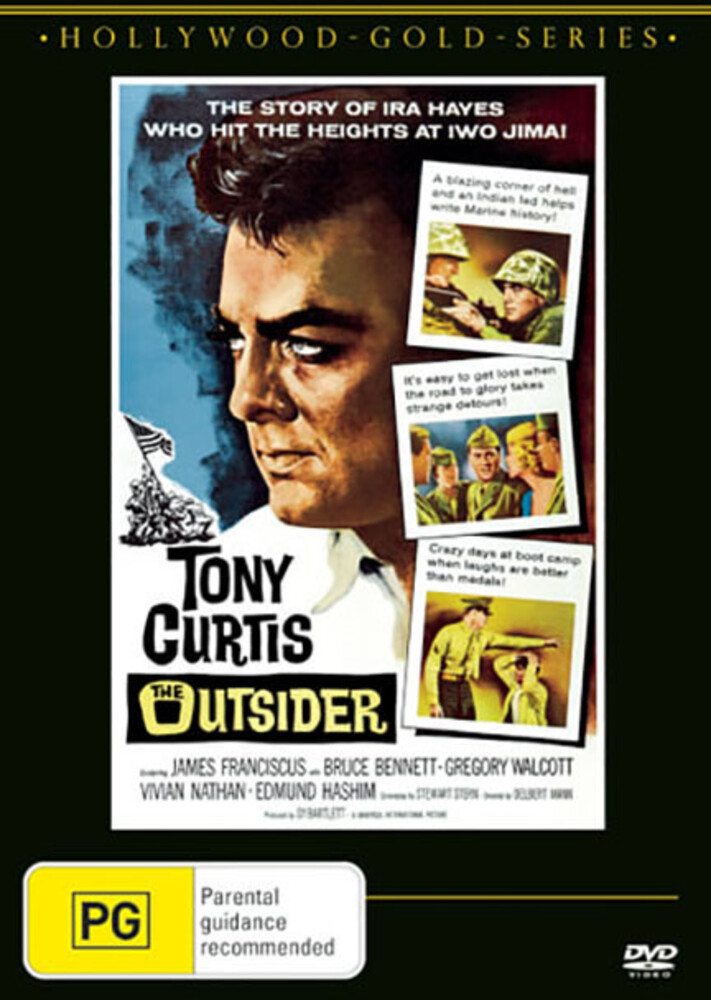 In 1942, Pima Indian teenager Ira Hayes (Tony Curtis) had never been off his Arizona reservation when he enlisted in the Marines-and three years later, he'd become one of the six servicemen in the iconic photo of the flag-raising at Iwo Jima. However, the postwar pressure of his combat trauma and newfound celebrity pushed him into alcoholism, and he'd die a homeless wanderer at 32. Long-demanded biopic co-stars James Franciscus, Gregory Walcott, Bruce Bennett. AKA: "The 6th Man." 108 min. Widescreen; Soundtrack: English. Region Free