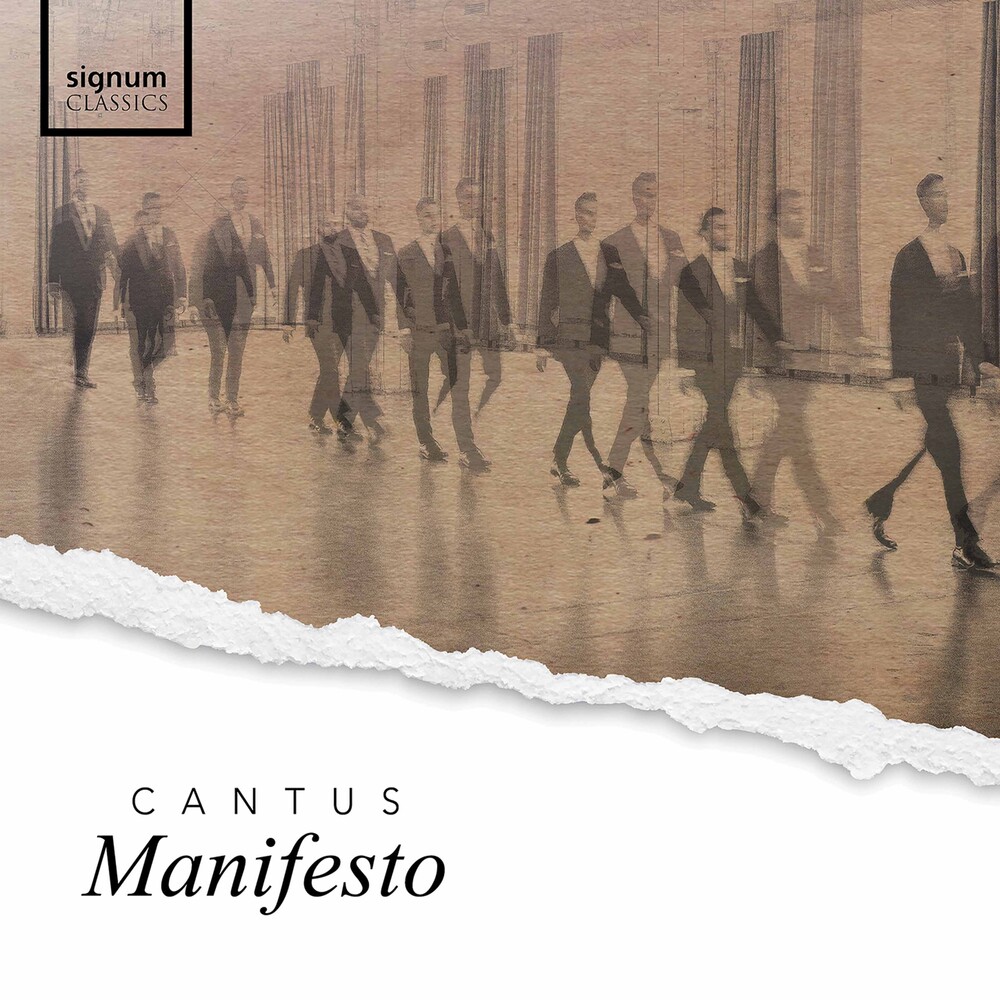 In a world filled with increasingly superficial connection between individuals and communities, humanity is yearning like never before to find a real sense of meaning in their lives. Chamber vocal ensemble Cantus' release of fresh, intimate and relevant new vocal works is a journey of longing and self-discovery with trademark virtuosic delivery. 'Manifesto' takes a nuanced look at identity and relationship - with our friends, lovers, family and the divine. In keeping with Cantus' commitment to the creation of new music for tenors, baritones and basses, the preponderance of the works on 'Manifesto' were written specifically for Cantus, and all works are world premiere recordings. The "engaging" (New Yorker) low-voice ensemble Cantus is widely known for it's trademark warmth and blend, innovative programming and riveting performances of music ranging from the Renaissance to the 21st century. The Washington Post has hailed the Cantus sound as having both "exalting finesse" and "expressive power" and refers to the "spontaneous grace" of it's music making. The Philadelphia Inquirer called the group nothing short of "exquisite." As one of the nation's few full-time vocal ensembles, Cantus performs more than 75 concerts each year both in national and international touring, and in it's home of Minneapolis-St. Paul, Minnesota. Cantus has performed at Lincoln Center, Kennedy Center, UCLA, San Francisco Performances, Atlanta's Spivey Hall and Bravo! Vail Valley Music Festival.
back to top