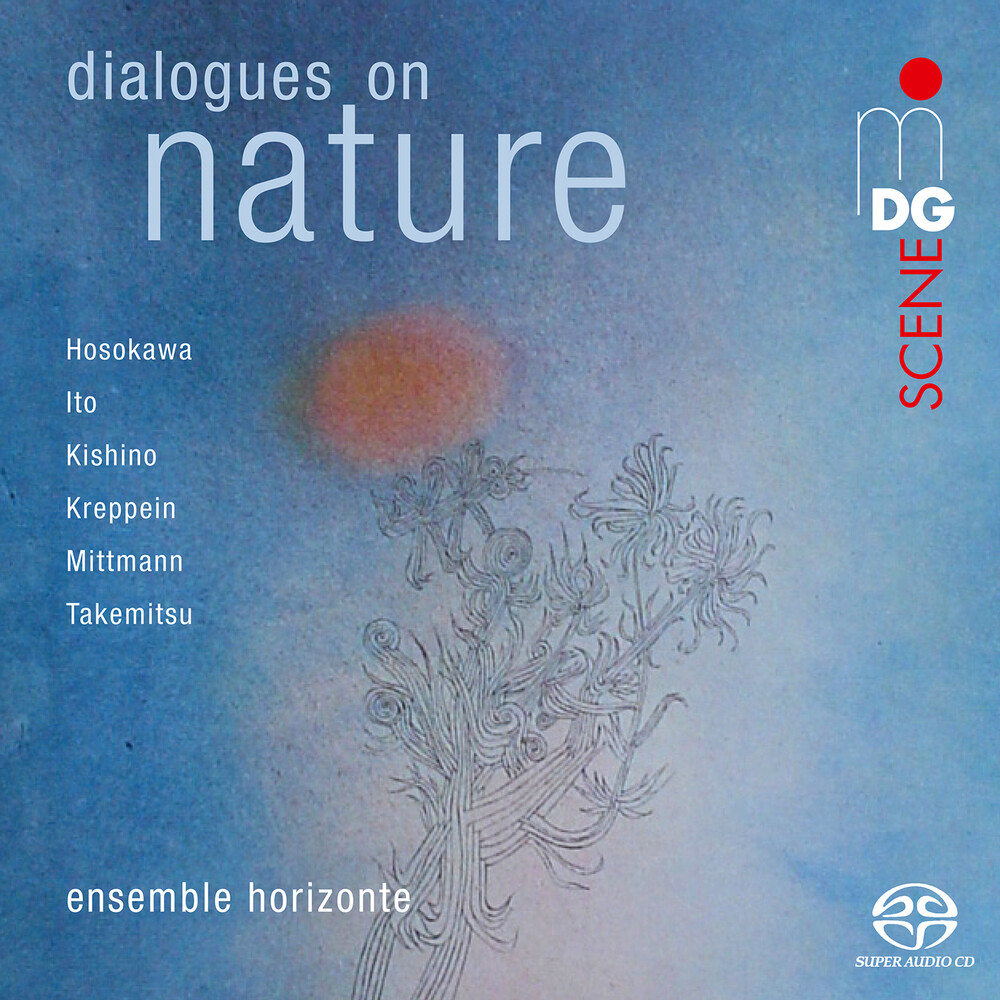 For 30 years, Ensemble Horizonte has been intensively engaged in the audience-pleasing performance of contemporary music. On it's debut release on MDG, the eight soloists present Japanese-German "Dialogues on Nature". The project, rich in associations, evokes echoes of German Romantic nature poetry as well as finely chiseled Japanese ink drawings; the forces of nature and the magic of nature sometimes lie close together in the new and latest compositions. The diverse biographical interpenetration of cultural areas so far apart from each other creates a dazzling kaleidoscope with great sonic appeal that one can hardly get enough of. The way in which nature enters into musically shaped time varies greatly. Toshio Hosokawa's "Beside the River" refers to Hesse's "Siddharta"; there is a constant invitation to listen: What do you hear? Jörg-Peter Mittmann's "Jenseits der Bläue" hovers in the ethereal borderland of the perceptible before a rhythmically throbbing pulse brings mundane reality back into consciousness. In the most recent works, the memory of the devastating tsunami of Fukushima is naturally present: the juxtaposition of idyllic landscape, raw violence and fragments of folk songs wafting from memory gets deep under the skin in Malika Kishino's "Lamento". Her "Aqua Vitae II", on the other hand, brings the sounds of musique concrète back into classical music-making, which demands a lot from the performers with it's extremely differentiated playing techniques and unusual instruments. "Lunar Phases" by Miyuki Ito refers to the moon in the course of the month and the year, with echoes of Eichendorff and Caspar David Friedrich; Ulrich Kreppein, on the other hand, emancipates the playing noise, which unfolds it's very own effect, detached from or equal to the played sound.