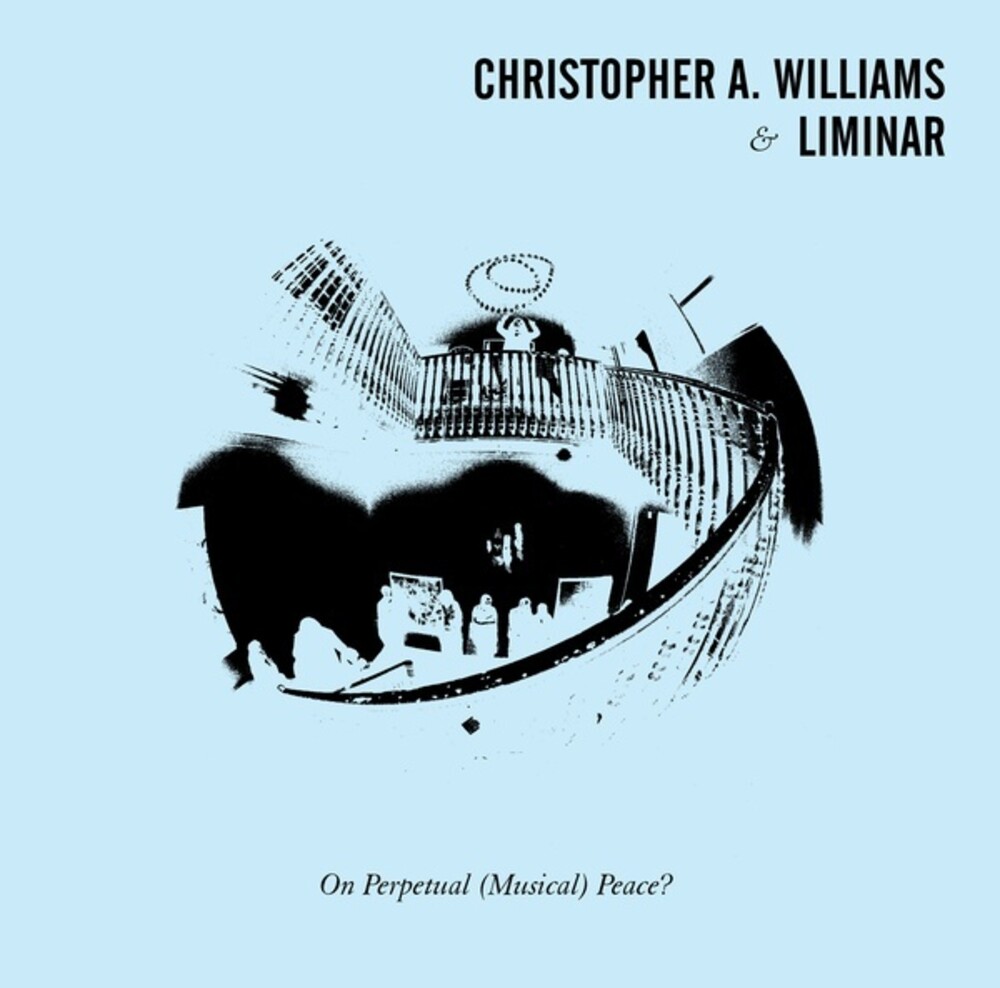 Vinyl LP pressing. Christopher A. Williams (born 1981) is a contrabassist, composer and theorist of experimental and improvised music whose artistic research takes the form of both academic publications and practice-based projects. On Perpetual (Musical) Peace? (PMP) is one of his projects - an experiment in musical cohabitation with large improvising ensembles. It is inspired by Immanuel Kant's essay "Zum Ewigen Frieden: ein Philosophischer Entwurf" which speculates that nations do better for themselves by sorting out their differences through an international federation instead of through warfare, thus proposing a path to lasting peace. (It later influenced the UN Charter and EU Constitution.) Williams argues that Kant's idea of hospitality, publicity (transparency), and perpetuality (sustainability) may help players in improvising ensembles to articulate and transform their ways of playing and thinking, thus opening up new ways of interacting with each other.