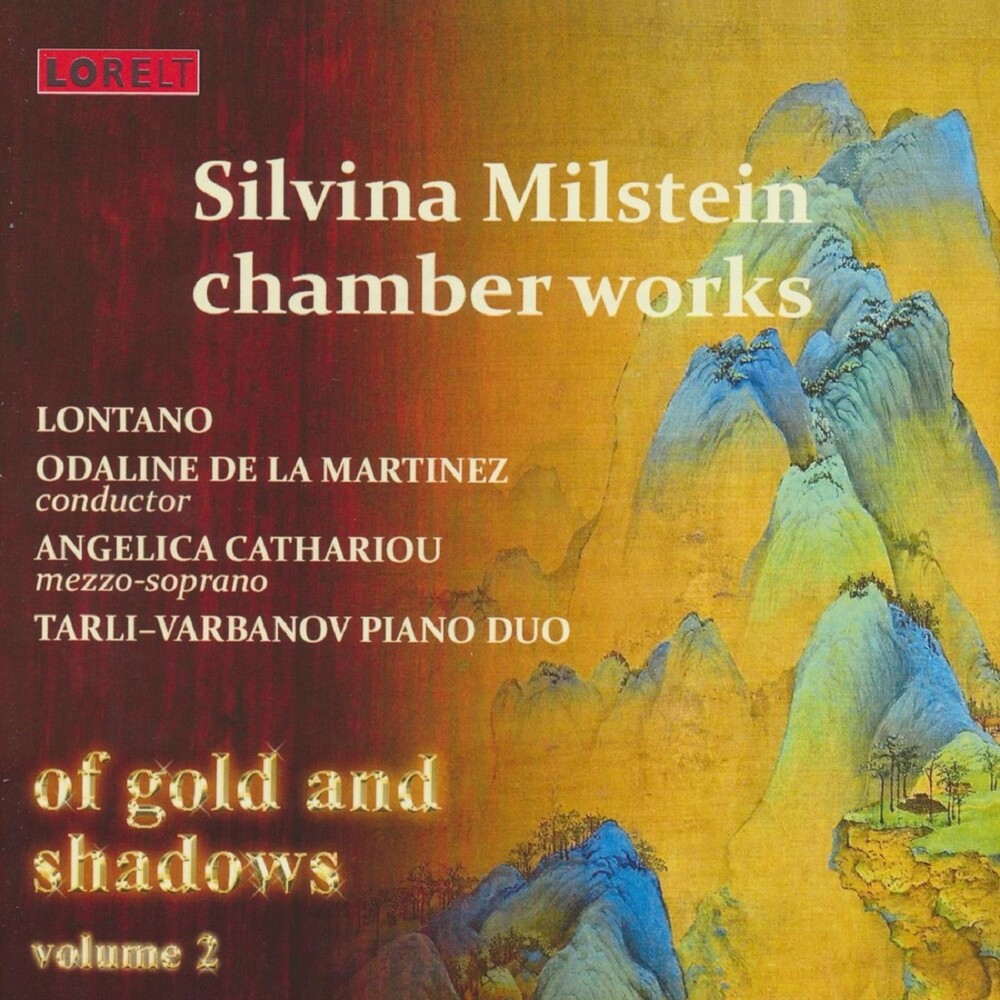 A striking feature of Silvina Milstein's music is it's sense of mystery - a feeling it arouses of touching something extremely intimate, yet at the same time remote, as if originating among the stars... Hailing originally from Buenos Aires, her work has a meditative quality which, as she recognises, is deeply influenced by her Buddhism. Buddhism is a tradition, on the one hand, of exuberant and sensuous imagery, and, on the other, of meditative experiences where space, time and materiality dissolve. Over the course of eight compositions, spread across two volumes, Silvina's music reflects both these strands: the intensely sensual, and the otherworldly. At times she may be inspired by the words of ancient texts and legends, as in A Thousand Golden Bells In The Breeze, at others by the dreamlike Buddhist-Taoist vision of the world that underlies Shan Shui. The shimmering textures of her writing for strings, harps and flutes, the rich, glowing sonorities of horns and trumpets, create a magical world of appearances which, like life, may be called an illusion, but can also become a gateway to reality. To pass through that gateway is to let go into mystery.
back to top