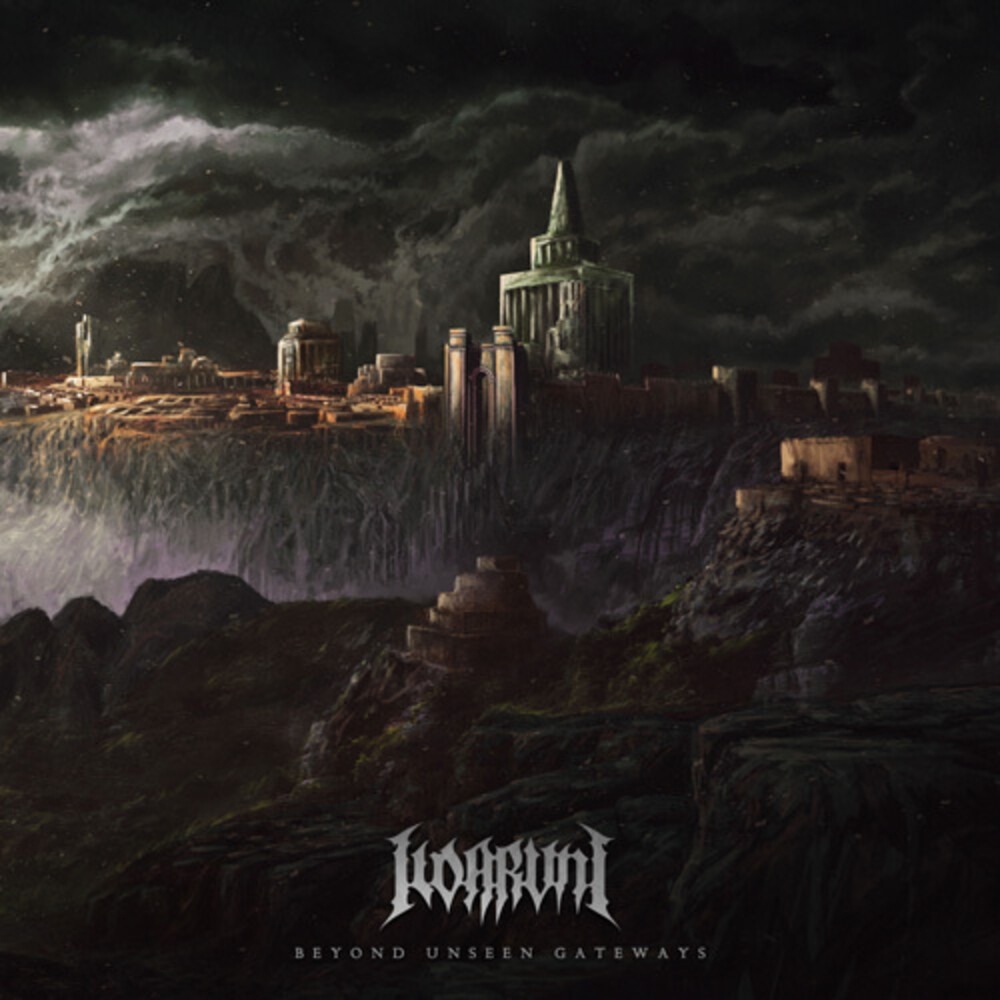 From the depths of Armenian history, Ildaruni arose in 2016 to tell the ancient stories. In 2018, the (then) quintet released Towards Subterranean Realms, a two track EP that served notice of their intentions. The fourteen minutes of fire spoke loud and clear. The independent release managed to capture the attention of many, including Black Lion Records from Sweden, who have signed the project to their roster and will release their debut album, Beyond Unseen Gateways onto the wider world. The album cover for the upcoming release, a beautifully dark painting of an ominous walled city set atop sheer cliffs, is a perfect fit for the vision presented by the (now) quartet on their debut. Arthur Poghosyan (drums), Robert Meliksetyan (guitars), Mark Erskine (guitars), and Artak Karapetyan (bass, vocals) deliver a dark homage to the rich occult heritage of the region, but elements of folk metal and even melodic death metal are woven into this rich tapestry. Melodic riffs power these eight tracks, presenting an ominous atmosphere. The rhythm section moves forward with both strength and subtlety. Beyond Unseen Gateways has a vibrant pagan sound, with various traditional instruments being used, including flute and bagpipe, to great effect.