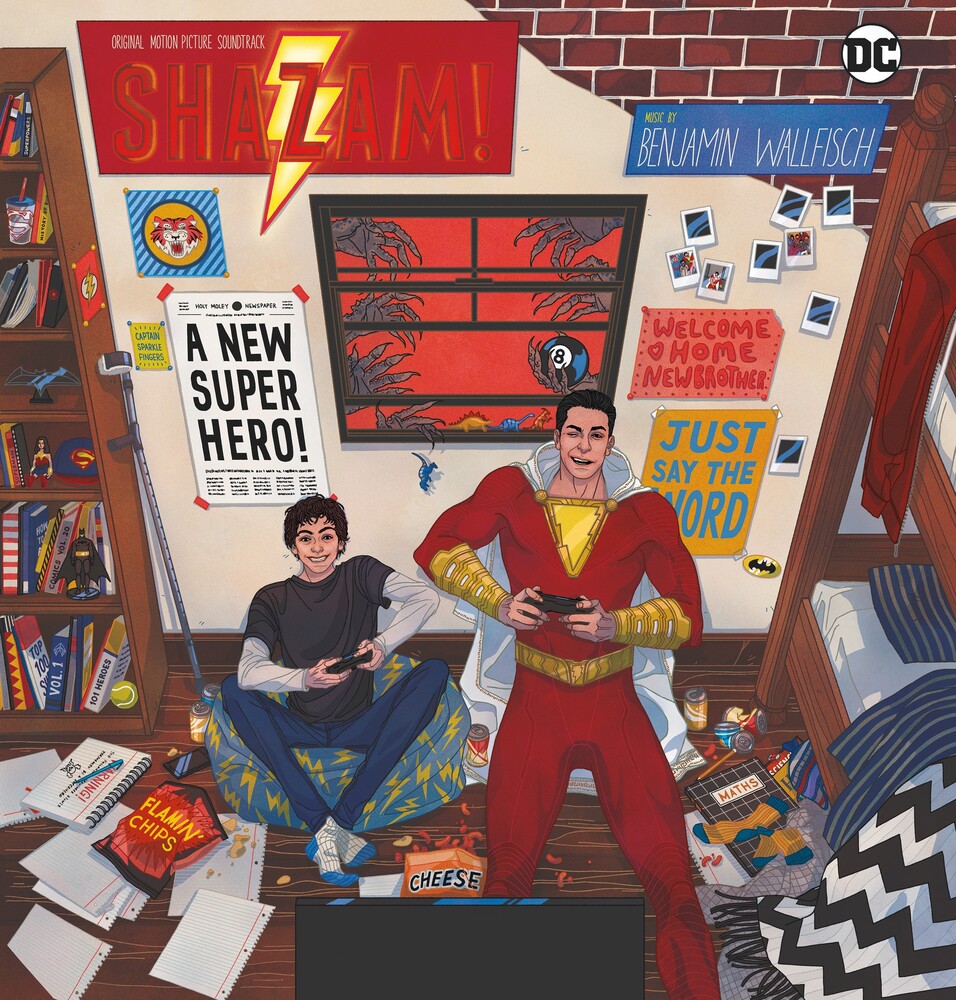 Mondo, in partnership with WaterTower Music, is proud to present the premiere vinyl pressing of Benjamin Wallfisch's triumphant score for the 2019 superhero comedy SHAZAM! Ben Wallfisch is one of the most incredible composers working today. He is a master of the genre, but also impossible to pin down. His work on BLADE RUNNER 2049 is a masterclass in modern sci-fi. He redefined the sound of terror with his scores for IT CHAPTER 1 & IT CHAPTER 2 and last year's INVISIBLE MAN. To round the trifecta, though, he also has a playful side, which is no more present than in his ode to Williams and Goldsmith in SHAZAM! Just like the film, it is an immediate burst of energy, excitement, and full of 80's filmmaking sincerity. Featuring all-new original artwork by Cathy Kwan and liner notes by composer Benjamin Wallfisch.