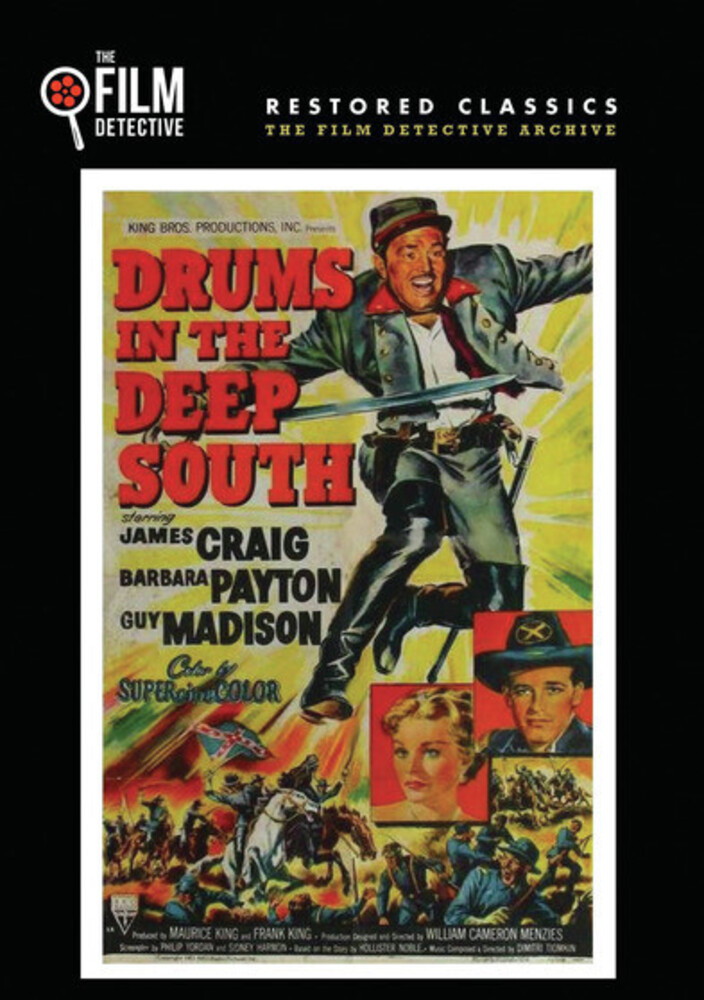 In Drums of the Deep South, two old friends find themselves on opposite sides during the Civil War. It's up to one brave woman to keep them form killing each other! With a strong cast including James Craig, Guy Madison, and Barbara Payton, this dramatic film was directed by William Cameron Menzies (Invaders from Mars, Chandu the Magician), and also features Barton MacLane, Robert Easton, and in an uncredited role, Denver Pyle (The Dukes of Hazzard).