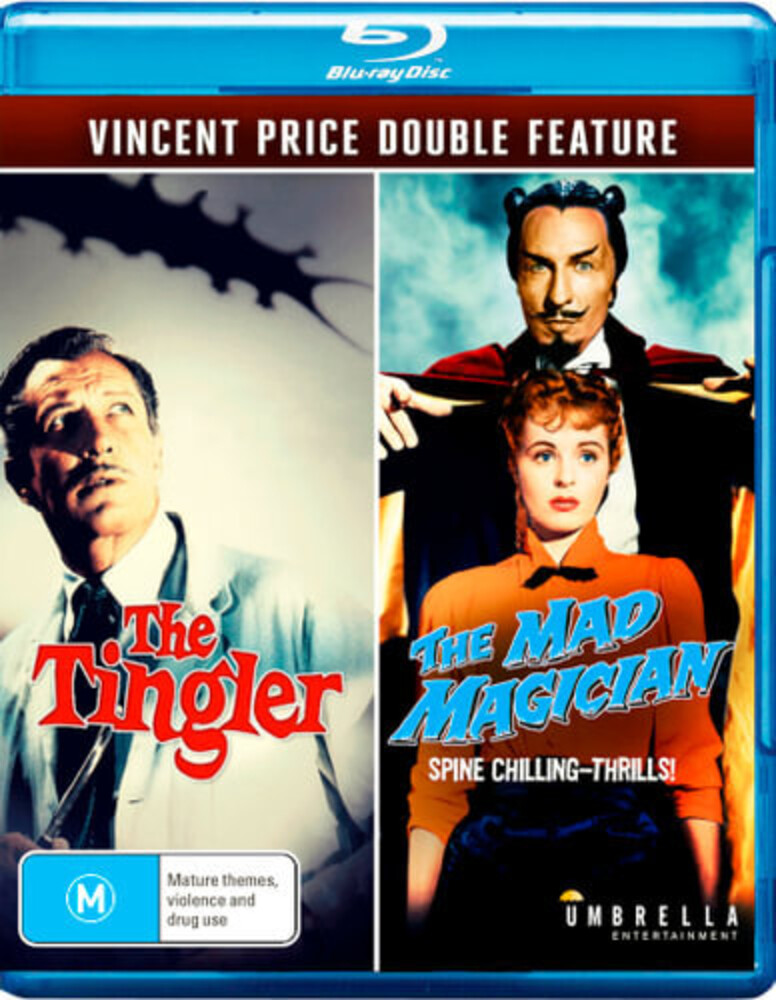 Includes: The Mad Magician (1954) Stage illusion designer Don Gallico (Vincent Price) was finally ready to showcase his creations himself, until the employer that profited from selling his tricks to established magicians conjured up a court order and made his dreams vanish. The disillusioned illusionist goes after those who wronged him, ready to pull bloody vengeance out of his hat. Eva Gabor, Patrick O'Neal co-star; John Brahm directs. Not in 3D. 72 min. BW/Rtg: NR. The Tingler (1959) Famous as the film in which producer/director William Castle wired theatre seats to give customers mild electric jolts at key points, this offbeat chiller stars Vincent Price as a doctor who discovers that intense fear causes an insect-like creature to grow inside a person's spine, and only screaming can kill it. His theory, however, really gets put to the test when a "tingler" runs amok in a movie theater! With Darryl Hickman, Philip Coolidge, Judith Evelyn. 82 min. BW&C/Rtg: NR